For many years Stockholm was for me the place where my highschool friend N. lived. She left (or I should say ran away) when we were in 10th grade and unlike other people that cut all connections when they left the country, she kept in touch. I will never know if all the letters we sent back and forth for a few years survived the censorship filter of the dictatorship I was living under and she escaped from, but the ones that made it through were enough to keep our friendship alive. In 1990 after borders were open she came for a visit and with a group of friends we had the best of times. I got lots of presents, among them a half a kilo chocolate that I ate  in a few days, a bright pink and black bathing suit that I wore for a few years till it shredded to pieces, and the latest LPs from Roxette, George Michael, and Pet Shop Boys that I still have. My world was so small, that all this made me love this city before I knew much about it. 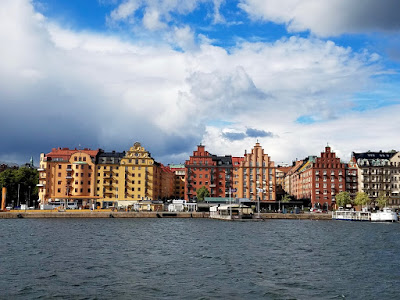 I arrived in Stockholm on a late afternoon, but it was hard to tell what time of the day was. During the summer there is light almost all the time, bright and strong when the sun is up, pastel-like during the night. It made it difficult to sleep;  it also gave me somehow a great amount of energy that made me want to be outside and explore. This was a city asking to be photographed, from the old gingerbread-like houses in the Old Square in Gamla Stan, to Palaces sitting by the water and museums built to display a perfectly preserved old vessel or old houses from rural Sweden,  all enveloped in blue skies and framed by water. The city spreads over several islands, part of the larger Stockholm Archipelago. Two of the most important ones are Stadsholmen where Gamla Stan (or The Old Town) is located and Djurgården that hosts many museums and an amusement park.

One of the main attractions in Stockholm is the Vasa Museum built with one goal only -- to host the Vasa boat that sank at its first trip ever in 1628 with its entire cargo.  This made Vasa a time capsule  and much of the museum is dedicated to displaying all the artifacts, food, and clothing from the boat. The most spectacular item is Vasa itself, positioned in the main lobby of the building, beautifully lighted,  and easily accessible at several floors allowing visitors to both admire the details and get a sense of the size of the boat. The entire space  felt at times more like a movie set than a museum.

On the same island and close to Vasa Musem are the Nordic Museum and Skansen, both dedicated to the cultural history of Sweden in different ways, one more traditional, the other as an open-air museum displaying entire houses, a manor, a church and much more. Weather was changing a lot during the day I was in Skansen and the light made the place like a painting.

There are of course imposing buildings and castles. The City Hall building is probably one of the most well known because it hosts the Blue Hall, the place where the Nobel Prizes are awarded, and I was fortunate to see it. The entire area around City Hall is by the water, with some of the prettiest
views of Stockholm. Then there are the royal castles, the Stockholm Palace located close to Gamla Stan -- the official royal residence, and the  Drottningholm Palace, located on the Lovön island, about an hour by boat from Stockholm -- the private residence of the Swedish monarchy.  I particularly liked the latter, because of the Chinese Pavilion and the theatre, both so unique that made the palace to be declared a UNESCO monument.  The gardens at Drottningholm Palace reminded me a lot of Versailles and Schonbrunn. The theatre is though the most interesting piece on the entire domain as it is still operated with its 18th century original stage machinery.

I left for the last day the visit to Sandhamn, an island close to the Baltic sea and a two-hour boat trip from Stockholm. The boat cutting through the water under a cloudy ceiling running towards a blue sky as a beacon at the end of the tunnel, was surreal, I would have not been surprised if someone tore the corner of the frame and said that this was just wallpaper and the boat never left the docks. The blue sky at the end of the tunnel never disappeared and the sun was up and strong once I got to Sandhamn. The island was smaller and greener than I expected. A beautiful walk through the greenest trees to get to a beach that could as well have been at the end of the world was probably what I would remember the most.

Like my friend N., many years before, I found my own escape in Stockholm. 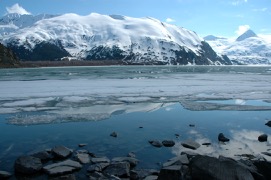